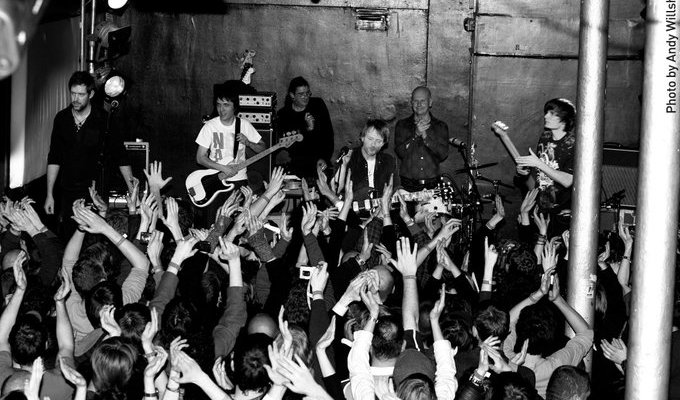 Radiohead kicked off their new live streamed series of rarely seen shows April 9, 2021 with a 7 week run of concerts streamed on the bands social media channels. The iconic English alternative/electro rock band from Abingdon, Oxfordshire did their first live stream series of digging in the crates of performances to keep fans entertained at the beginning of COVID-19 lock down last year. To kick off the live stream series, Radiohead started with their performance of the album ‘In Rainbows’ in its entirety at 93 Feet East show in 2007. So no need to get ‘FOMO’ we got all the shows streamed thus far and you can watch the band streaming their live in Lima, Peru NOW below